The new Eurocorps would determine its role through exercises as a force for NATO and an intervention unit for the EU. This was the guideline of General Willmann.

During PEGASUS 94, all goals were achieved, setting the trend for the next years. The name “Pegasus” (selected by Lieutenant Colonel Volker Fritze) was chosen for defensive combined operations exercises. The level of ambition for the exercises was based on worst-case scenarios. The Eurocorps’s command post was installed in an abandoned compound in the city of Altkirch (Alsace): no water, no electricity, very cold but enough space.

On the second week, the Eurocorps’s command posts were established in Stetten am Kalten Markt (Germany). The national command posts also carried out several changes of position in the area of the Black Forest and Upper Swabia. The enemy came from the North of Germany and was to be prevented from crossing the Danube and entering into Upper Swabia. The quick actions of the French-German brigade across the Iller River and the defensive fight of the 10th German Armoured Division allowed the Belgian and French divisions to counter attack.

The intent of the Eurocorps Commander, Lieutenant General Willmann, was to train for the deployment of Eurocorps elements and for evacuation operations with the participation of all its major subordinate units.

A very special moment for all participants was the deployment of the Harpoon command post by air from Strasbourg to Perpignan. Unforgettable were also the preparation for the participants in order to be ready for deployment: large backpack, combat gear, including body armour, weapon and field bed. Ruggedness and austerity were the mottos during the whole exercise. Last changes to the deployment itself, to the operation plan and to the orders had to be done in the train from Strasbourg to Canjuers,  since the troops had not received the ship that was originally planned. The Eurocorps staff achieved all this with very few command support assets, if any. EUROTRANSITEX was not only an exercise, but an intensive further training session for all.

In the first half of the exercise, the Main Command Post was installed in the abandoned Callemeyn barracks in Arlon (Belgium), in the second half the Main Command Post moved to Laon-Couvron (France). The Rear Command Post remained the whole time in Verdun (France).
In the plains of the Champagne region, some 10,000 participants and 3,200 vehicles executed defensive operations with entire armoured and mechanized divisions from France, Germany, Belgium and Spain.

“Today, at the end of an exercise with 10,000 participants, the Eurocorps is declared operational. This means we have developed a double capacity. Firstly an integrated army corps capable of conducting mechanized operations with large formations at a high level, and secondly a multinational joint staff capable of commanding national contingents in crisis management operations. The Western European Union has now an operational instrument at its disposal and NATO an additional large multinational unit.” 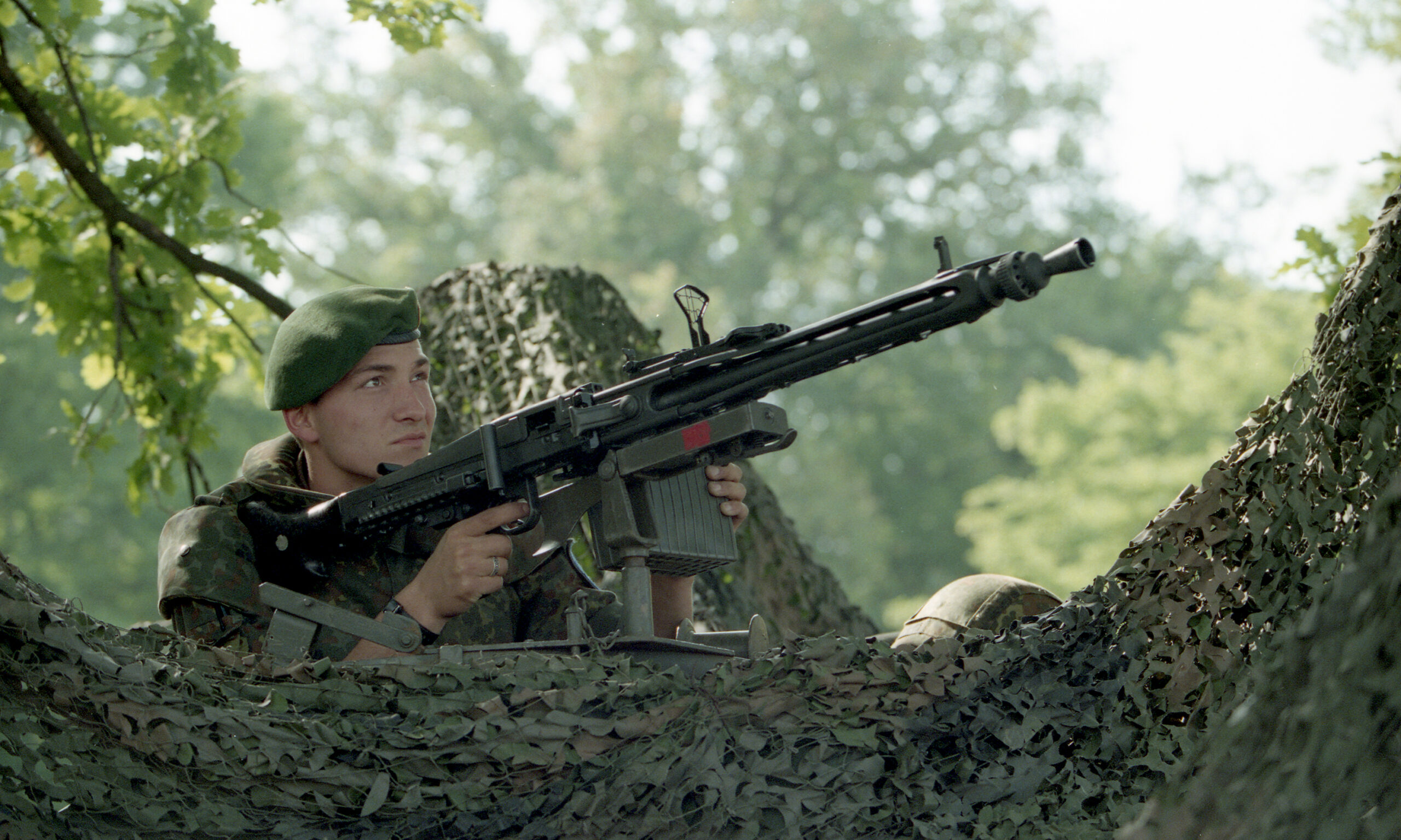 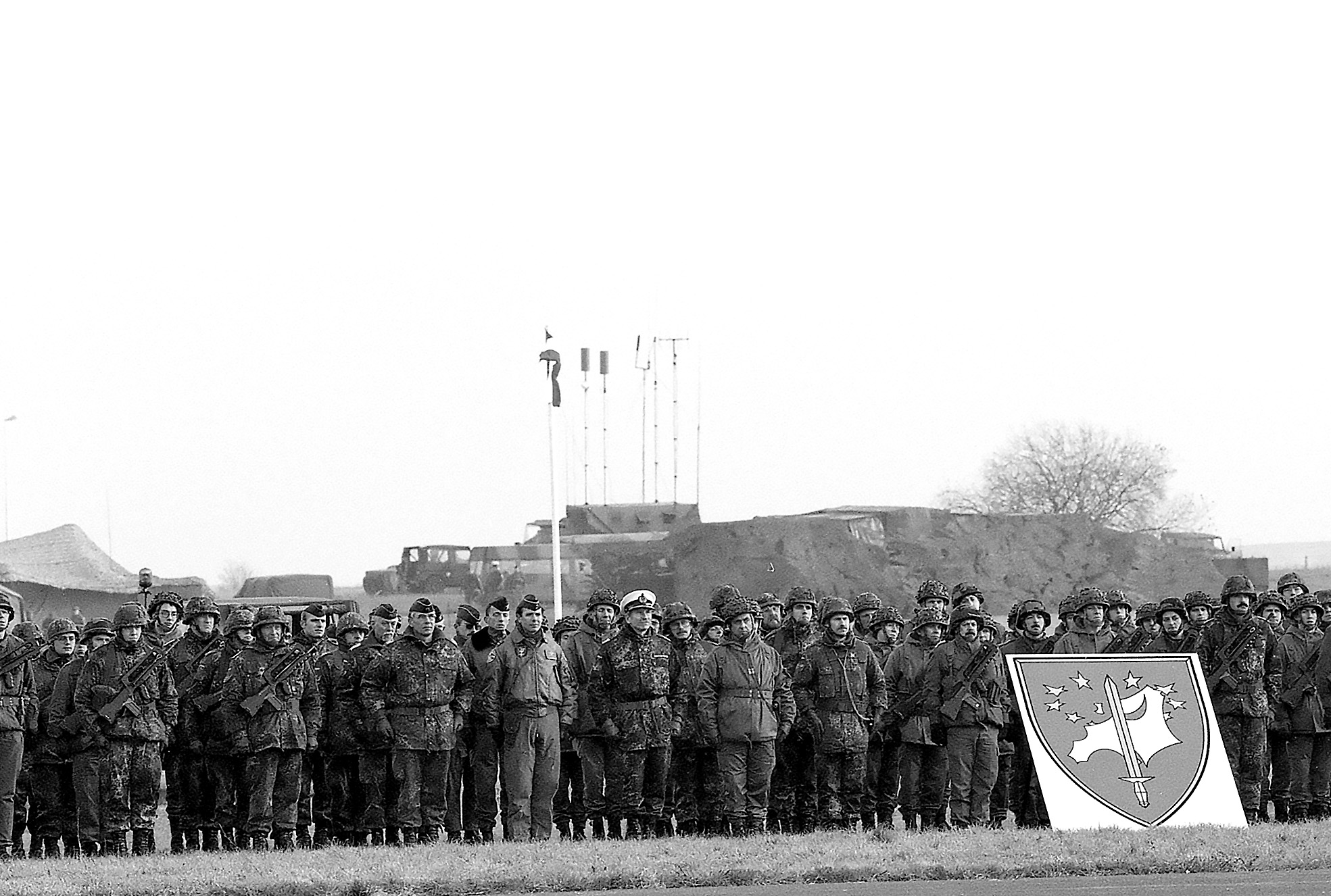 The Pegasus exercise was a manoeuvre of the European Corps aimed at training its operational capabilities.

The Pegasus exercise was a manoeuvre of the European Corps aimed at training its operational capabilities.

The Pegasus exercise was a manoeuvre of the European Corps aimed at training its operational capabilities. Among the subordinated units, the 1st Armoured Division (1st AD) was, until its dissolution in 1999, the main armoured division of the European Corps. It was based in Baden-Baden as part of the French forces stationed in Germany (FFSA) from 1993 to 1999.
The Pegasus 96 exercise took place from 9 to 20 June 1996 in Germany (Rhineland-Palatinate). It features a conflict in which units from the five Eurocorps countries work together. These rushes follow the work of the operational centre 1 of the 1st DB, based in Baden-Baden, Germany.